Vazhuvoor Samrajan Kumaran being grandson and son of Sri Vazhuvoor B Ramaiah pillai and Sri Vazhuvoor R .Samrajan learned the art of dance nattuvangam from his father and grandfather with divine purity. Being born in this well known parampara kumaran being a playful child during his younger age also accompained his father sri Vazhuvoor R Samrajan in nattuvaangam for elegant dancer Kumari Kamala’s performance in US in the year 1993.

During his younger days ,Kumaran not only showed his interest on their family art but also put himself on learning “konnakol” from popular ghatam artist Thiru T.H.Vinayagaram .He also had an opportunity to conduct a mridangam recital by leading a junior group on a famous Doordharshan show. His interest on mridangam also made him to learn it in his future years through Kalaimamani Thiruvarur Bhakthavatsalam who is his own brother in law.Kumaran not only showed his interest in playing instruments but also imprinted his footpaths on vocal (carnatic), which was passed to him with originality by great vocalist Thiru C.S.Gopalakrishnan.

After his father’s demise Vazhuvoor Samraj Kumaran is upholding their dance school “Vazhuvoor Classical Bharathanatya Arts Academy” which is situated at Mylapore.Being the secretary of this dance school Kumaran encourages the young upcoming artists in the field of dance and music . As a sign of his passion towards the art he is organizing The Vazhuvoor Dance And Music Festival every year which was started with authentic style by his father Natya Kala Samrat Natya Peraraiyan Kalaimamani Vazhuvoor R.Samraj.

To establish their Vazhuvoor bani with originality to abroad dance learners Vazhuvoor Samraj Kumaran in the year 2010 conducted a “Work shop”in Australia for dance, along with his sister Mrs.Sridevi Sendhil who is contributing her part to spread their family bani by conducting a dance school in Sydney.

Vazhuvoor Samraj Kumaran is the key person in organizing the vazhuvoor Dance and Music Festival every year which consists of many cultural performances. This festival also welcomes many new comers to the field of cultural art with encouragement ,which in turn provides them a good future. The school also has performed many arangetram and programs in India and Abroad. Vazhuvoor Samraj Kumaran with keen interest paved a part for the growth of their dance school and in maintaining the Vazhuvoor parampara and bani with the blessing of his father Vazhuvoor R.Samraj.

The Vazhuvoor family continues to carry out their ancestral prodigy. Vazhuvoor Samraj's son, Vazhuvoor Samraj Kumaran, grandson of Natya Kala Kesari, Padmashree Vazhuvoor B Ramaiah Pillai is now running the Vazhuvoorar Dance School in the same premises at No 12 Brindavan Street, Mylapore, Chennai - 4. They carry out the Vazhuvoor Dance & Music Festival for the past 10 years in Chennai, after their father's demise. In the festival they give the prestigious VAZHUVOORAR AWARD to experts every year. Thiru K J Sarasa, Smt Thirupura Sundari(SriLanka), Dr K J Yesudas, Dr. Padma Subramanian were the awardees. Vazhuvoor S Palaniappan, Smt. Kala Senthilnathan, Smt Sridevi Sendhil (Australia) sons & daughters,Mangala Kumaran(Daughter in law) of Vazhuvoor Samraj are also carrying out in this field. They have performed a number of performances in India and Abroad

Thus by following the footsteps of their ancestors, they held to hold the vazhuvoorar flag up high. 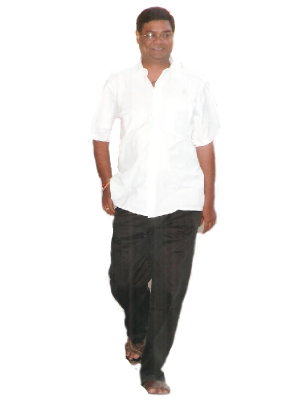